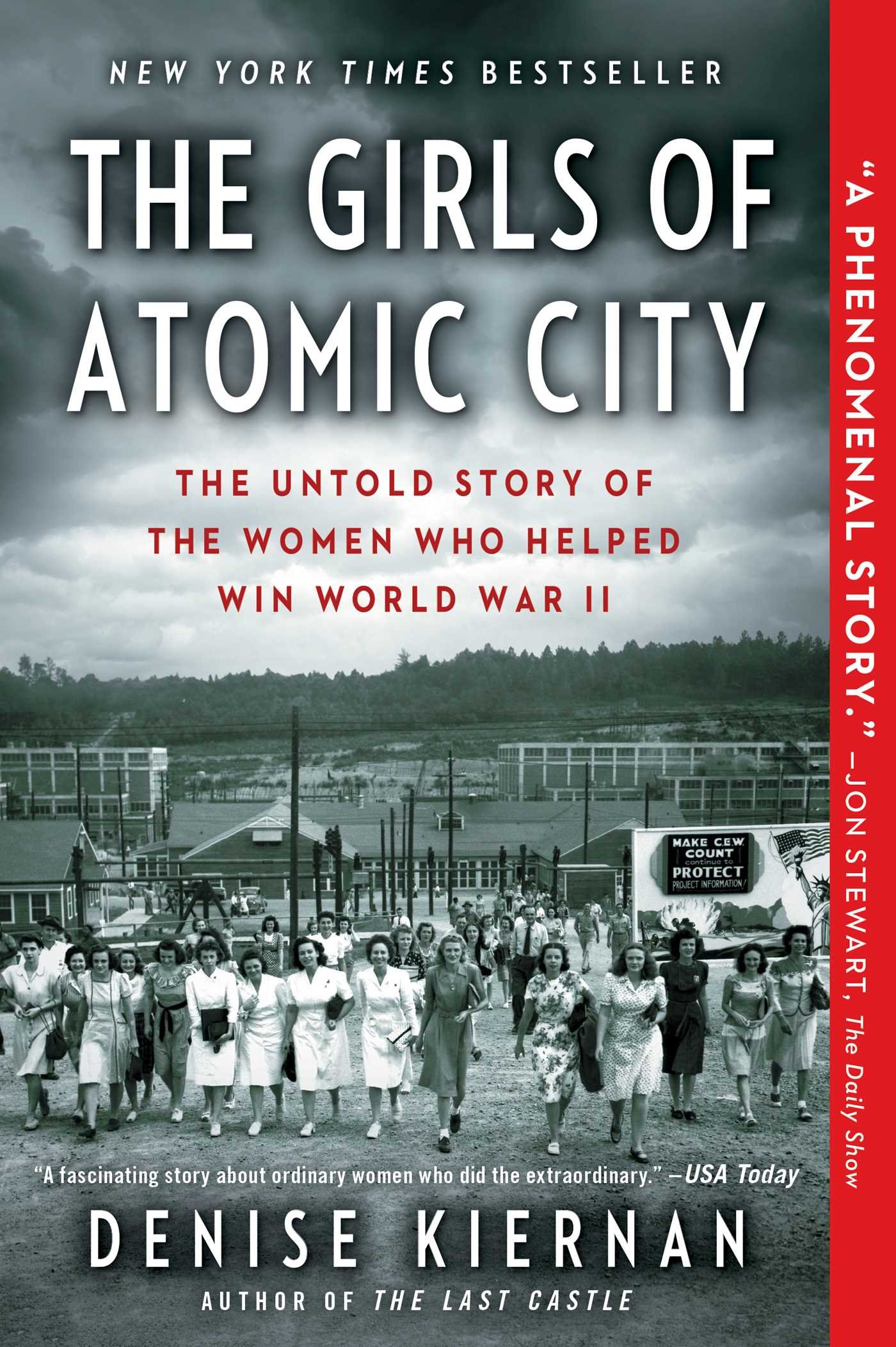 The Novel Tea Book Club will meet on Thursday, September 28 at 2 pm to discuss The Girls of Atomic City by Denise Kiernan. “Now a New York Times

The Novel Tea Book Club will meet on Thursday, September 28 at 2 pm to discuss The Girls of Atomic City by Denise Kiernan.

AT THE HEIGHT OF WORLD WAR II, Oak Ridge, Tennessee, was home to 75,000 residents, consuming more electricity than New York City. But to most of the world, the town did not exist. Thousands of civilians–many of them young women from small towns across the South–were recruited to this secret city, enticed by solid wages and the promise of war-ending work. Kept very much in the dark, few would ever guess the true nature of the tasks they performed each day in the hulking factories in the middle of the Appalachian Mountains. That is, until the end of the war–when Oak Ridge’s secret was revealed.

Drawing on the voices of the women who lived it–women who are now in their eighties and nineties– The Girls of Atomic City rescues a remarkable, forgotten chapter of American history from obscurity. Denise Kiernan captures the spirit of the times through these women: their pluck, their desire to contribute, and their enduring courage. Combining the grand-scale human drama of The Worst Hard Time with the intimate biography and often troubling science of The Immortal Life of Henrietta Lacks, The Girls of Atomic City is a lasting and important addition to our country’s history.

To read more about “The Girls” visit the book’s website for videos and more!