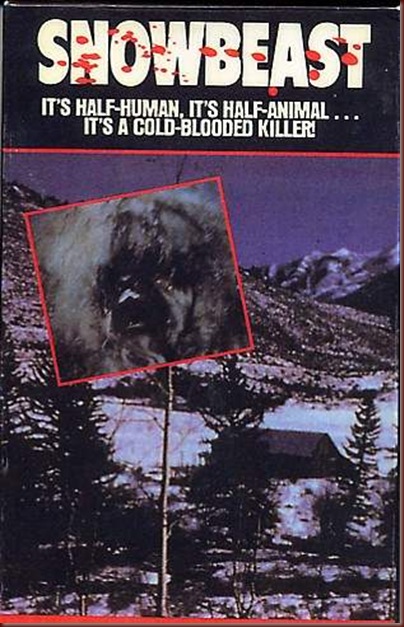 Experience a piece of local 1977 history with a screening of the horror film, Snowbeast (1977), that was filmed right here in Crested Butte. “A Colorado ski resort is beseiged

Experience a piece of local 1977 history with a screening of the horror film, Snowbeast (1977), that was filmed right here in Crested Butte.

“A Colorado ski resort is beseiged by a sub-human beast that commits brutal murders on the slopes.”

What’s not to love? Reviews RAVE:

“You know, I’m not sure anything in the whole world of B-movies says “70’s” louder than a made-for-TV bigfoot flick that’s also a Jaws knockoff.”

“Bo Svenson is the big star in this, of course, and he really is a big guy too. He’s massive for an ex-Olympic champion skier and his flared yellow skisuit isn’t too flattering. I don’t know if he did his own stunts or not, presumably not, but if he did then he skis really well.”

“Deep in the frigid mountains of Colorado, the proprietors of the Rill Lodge Ski Resort have come under attack by a creature so vicious, even John Denver’s succulent voice cannot stop it. A monster that feels not the pain of the winter’s biter [sic] cold as it is driven by a thirst for blood that can only be quenched by that of yuppie skiers decked out in Fluoro ski suits.”

This event is a collaboration between the CB Mtn. Heritage Museum and the Crested Butte Library.

A $10 per adult / $5 per child donation would be greatly appreciated.