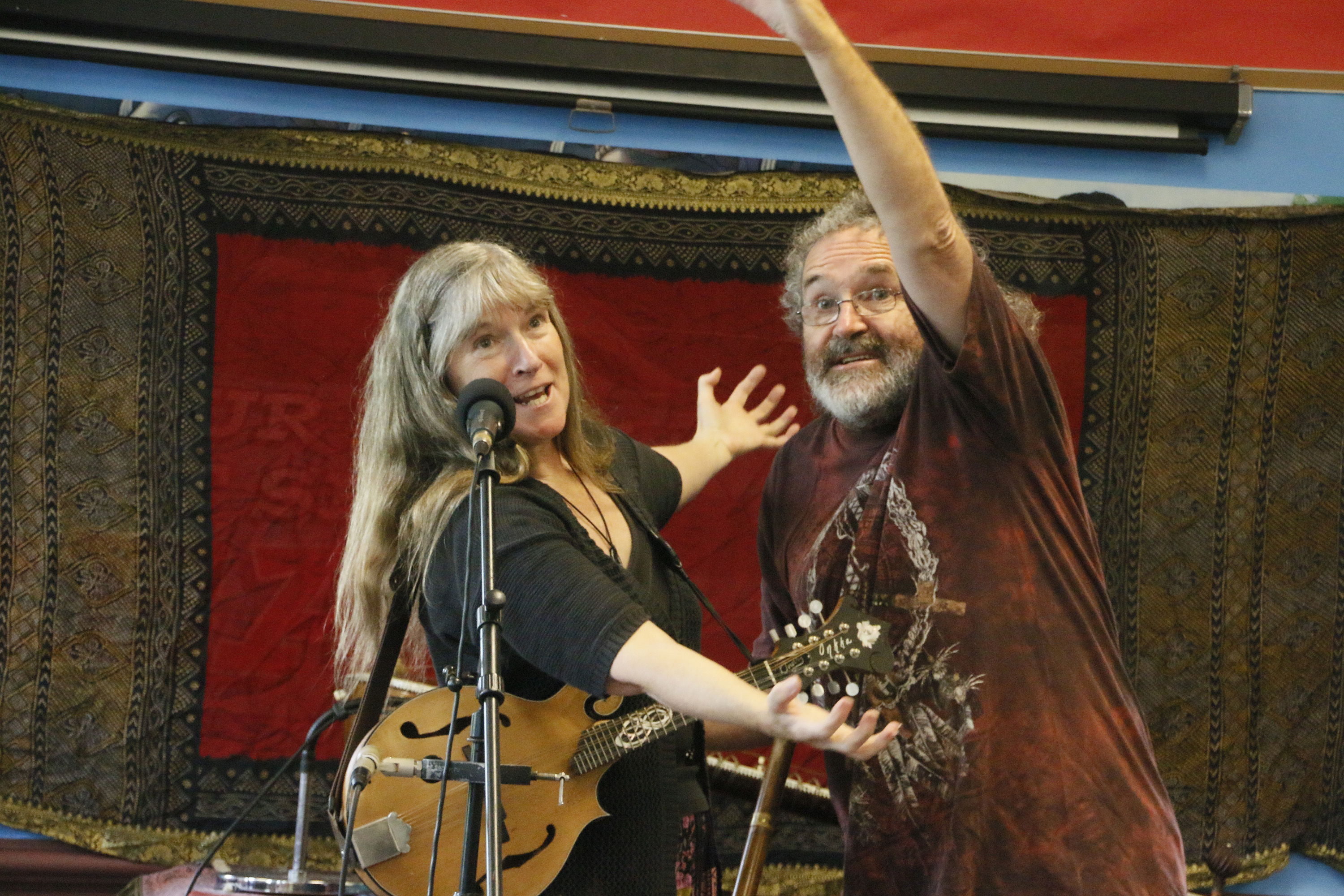 Join us for this FREE concert on Monday, November 6 at 7 pm as Four Shillings Short performs at the Gunnison Library.

The delightfully surprising collection of songs and sounds this husband/wife act create, while stretching the limits of Celtic and Folk music by stirring in generous amounts of Indian Ragas and Medieval flavorings via some of the tastiest sitar playing this side of Ravi Shankar” (Valpariso Times, IN) “bring musical diversity, captivating storytelling and humorous side notes to create an amazing show.” (Labyrinth
Café/Fort Lauderdale, FL)

Touring in the US & Ireland since 1997, Four Shillings Short are independent folk-artists who perform 150 concerts a year, have released 12 recordings and live as full time Troubadours traveling from town to town performing at music festivals, theaters & performing arts centers, folk societies, libraries, house concerts and schools.