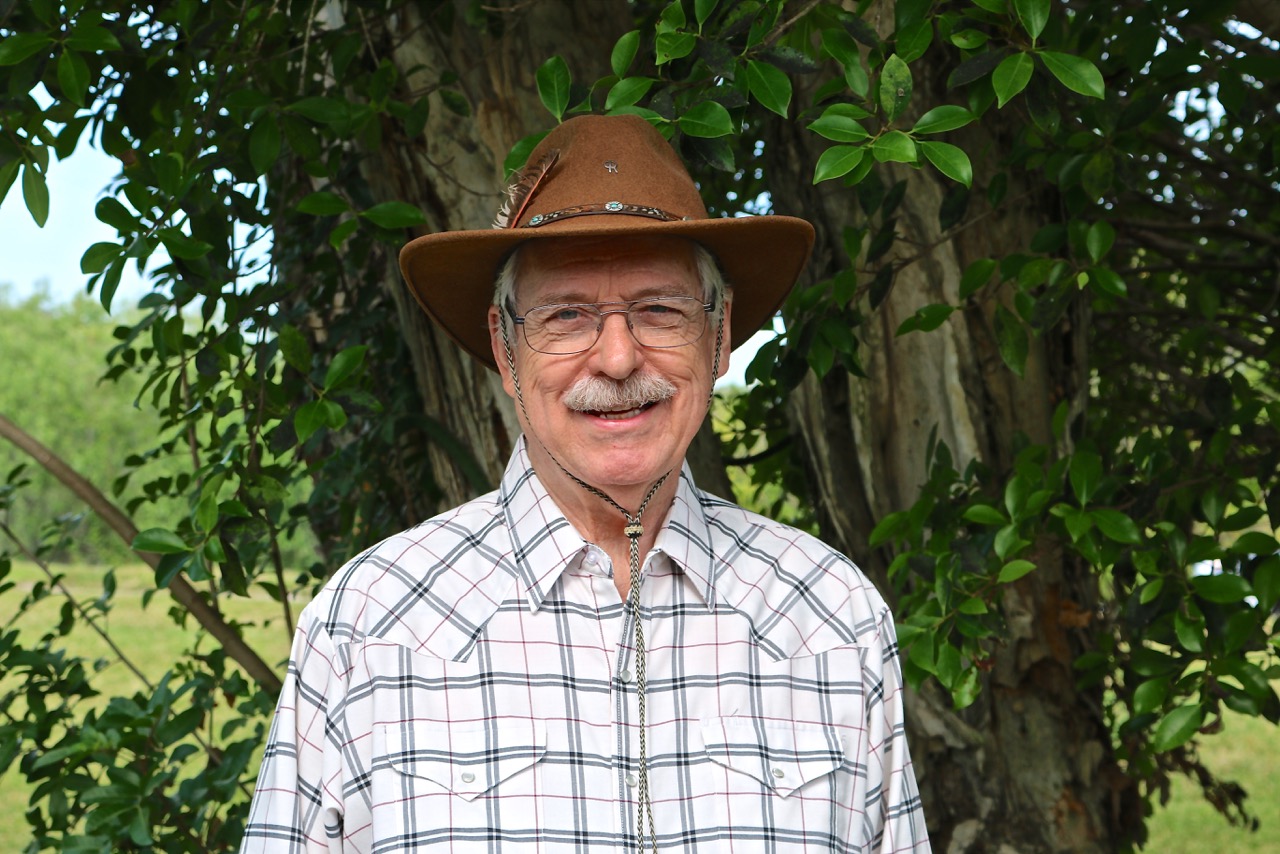 Join us for an evening with author Lindell Ross, as he discusses his book “The Old West.” About the book: This book contains one hundred poems, divided into sixteen topics, such

Join us for an evening with author Lindell Ross, as he discusses his book “The Old West.”

This book contains one hundred poems, divided into sixteen topics, such as The Pioneers, The     Gunfighters, The Women, The Miners, The Native Americans, and the Railroaders.  Each poem tells a true story, each section tells related stories, and the whole book tells the story of the old west in the eighteenth century.

The book lends itself to stop and go reading because each piece of it can stand alone, and together the pieces provide the whole picture of life on the frontier west of the Mississippi River.

These true stories are told with facts, drama, humor, and rhyme to make the book enjoyable to the reader.  It also contains more than fifty illustrations capturing the feeling of the times.

Much of the book was researched and written by the author while working at the Powderhorn Guest Ranch.  Many of the poems were read to guests around the Friday night campfire the week or the day they were written.  The author has also done readings in Missouri, Michigan, and Florida.  A few years ago he made personal appearances and signings at the PCRA rodeo in Gunnison and at the Bookworm bookstore in Gunnison and The Townie bookstore in Crested Butte.  The author says that the book is not a big moneymaker, so it must be a work of love.

ROOTS:  He was born on a cotton farm in southeast Missouri.  As a kid he played a lot of cowboys and Indians, and collected arrowheads all over the area.  In doing the research for his first book, he learned much more about the pivotal role Missouri played in the history of the old west.

POET OF POWDERHORN:  For ten years he was the part-time resident poet and ranch cook at the Powderhorn Guest Ranch deep in the Rocky Mountains of Colorado; mingling with ranchers, wranglers and a few Native Americans.  At his weekly poetry readings around the campfire, guests were very positive in their responses, some saying that he should seek publication, which motivated him to publish The Old West:  A Poetic Documentary, available through Amazon.com.

NEWSPAPER COLUMNIST:  For sixty-nine weeks he wrote a volunteer weekly column for the Madison Heights Reporter, a suburban Detroit newspaper.  It was called Slices of Life, and was about people, places, and everyday living.

CITY COUNCILMAN:  He served as an elected City Councilman in Madison Heights, Michigan for fifteen years, six of those as Mayor Pro Tem.  For twenty-five years he was active in local and state elections.

EDUCATION:  He worked his way through junior high, high school, college, and graduate school in restaurants and food service; as a dishwasher, bus boy, cook, and supervisor.  He has a B.A. from Michigan State University, College of Business and Public Service, and an M.A. from Michigan State University, College of Communication Arts.

CAREER:  For thirty-seven years he held various positions in marketing and advertising.  For fifteen of those years he was a Vice President, at two different companies.

PERSONAL:  He is eighty-one years old, married to wife Patricia, and they have six children, thirteen grandchildren, and ten great-grandchildren.

RETIREMENT:  He has been “retired” for over twenty years.  His enjoyable retirement activities include travel, cooking, genealogy, and poetry.  Retirement time has been divided between Michigan, Florida, and Colorado.