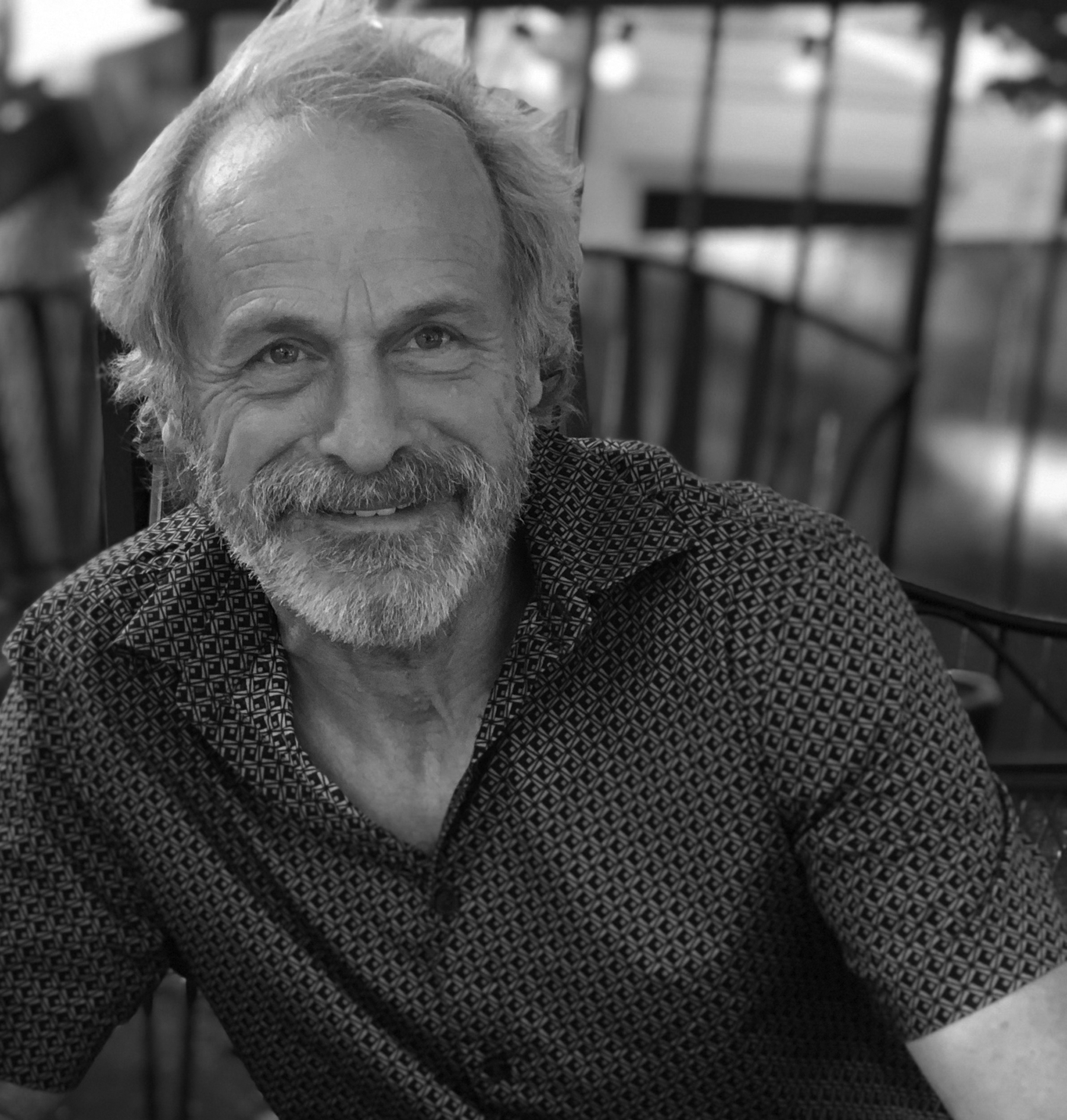 Join us for an evening with Doug Fergus, author of Small Portions Cafe: A Tempting Assortment of Stories.

Small Portions Cafe´ doesn’t just push the boundaries of normalcy, it delights in doing so. These highlights give you a taste of what to expect in these delectable short stories:
* The complicated world of light bulbs was too much for him.
* He ruined his new love interest with mint flavored coffee pods.
* Young, dumb, broke and hooked on credit. Will his new job as an underwear model save him?
* Koo Koo Birdy Meadow-Johnson showed him how to gently swirl his water counterclockwise and bless it before sipping.
* Did he really loan his only copy of a handwritten manuscript to a Radio Shack clerk?
* Does his mother really wear combat boots?
* How does one poop with forty-nine other people in the same room?
* Why she let him take the lawnmower on a Miami Beach vacation.

Doug Fergus is a writer, songwriter, vocalist, bassist and recording artist, but his passionate hobby is heating and air conditioning. He can ride and repair motorcycles expertly. He is a naturally great intuitive cook; he doesn’t need any stinkin’ recipes.

The number one song on the day he arrived on the planet was “It’s Now or Never” by Elvis Presley.

His love of writing began when he took a creative writing class in high school. Doug wrote Small Portions Café because he is compelled to share his weird/quirky/humorous outlook on life in an effort to spread joy to as many people as possible. He has not (yet) won any writing awards or had any books on the New York Times Bestseller list, or even the Newark Times Bestseller list.

His wife is acclaimed documentary filmmaker Suzan Beraza. Three of her films, Bag It, Uranium Drive In and Massacre River, have aired on PBS, Netflix and other platforms. She is also a singer, musical theater actress and founded the Telluride Theater Company.

Doug and his wife divide their time between Telluride, CO, Ashland, OR, Miami, FL and Cabarete, Dominican Republic. They travel between these places in a truck and camper trailer. Well, the trailer isn’t seaworthy, so they travel by airplane to the DR.

Doug writes and records quirky, fun, clever, humorous indie rock songs under the artist name Lucky Doug Fergus. His music can be found on all digital platforms. Please look for his book and music on your favorite platform and visit www.luckydoug.com.